Happy August to everyone.  After posting something about the pending trail work this fall, but not having much of an idea of what the trails actually looked like, we decided to head up today for a family outing to look at the trails and see if we couldn't find any more mushrooms (edible) that have not yet been scavenged by the other European families living in town =)  Dang Russian and German families picking our American-grown mushrooms!

As it turns out, there were still a few to be found.

Anyway, there are a LOTTTT of aspens and locust to cut out.  We need to devise a strategy.  Also, a number of big(ish) trees down on TJ's, as well as a smattering of others along the rest of the trail system.

One cool thing is that we found that a good percentage of the trees we planted last spring have survived.  Some areas have fared better than others.

Here are some pictures of our outing. 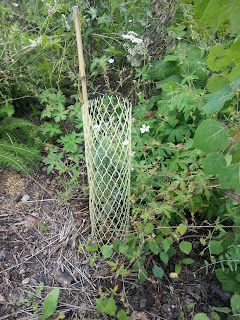 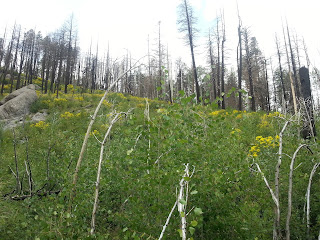 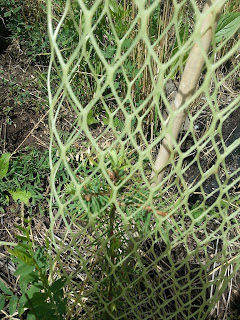 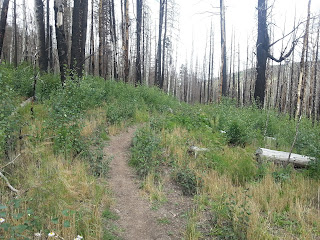 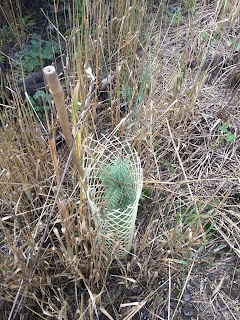 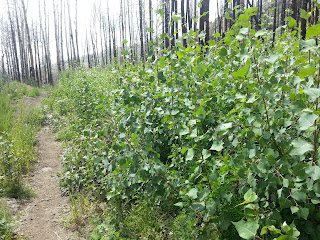 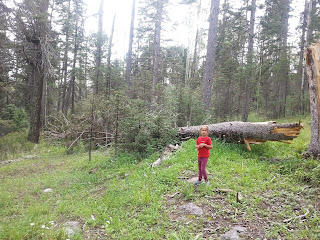 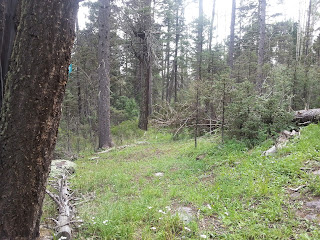 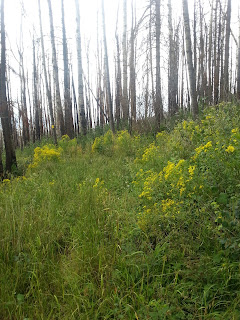 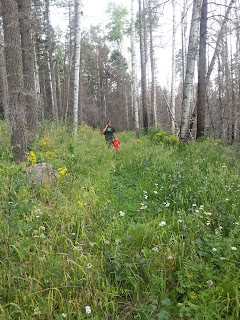 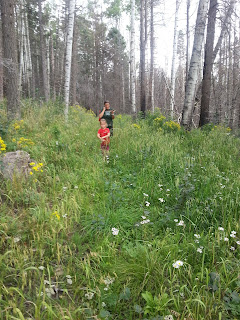 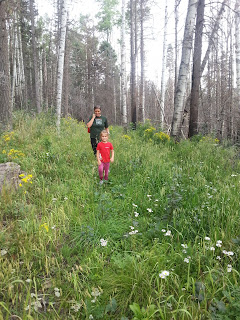 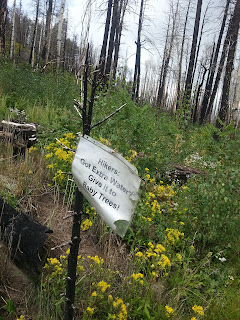 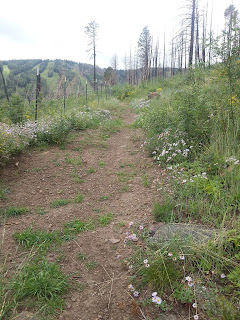 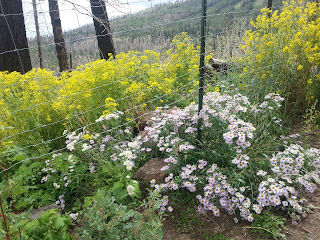 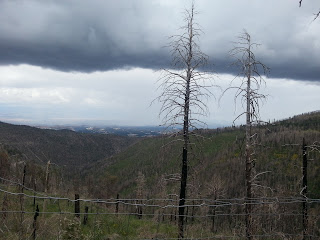 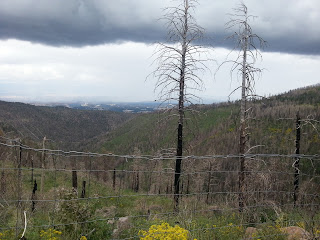 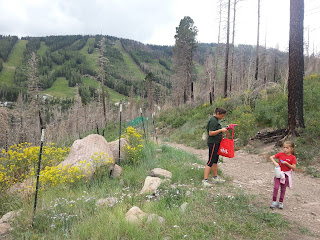 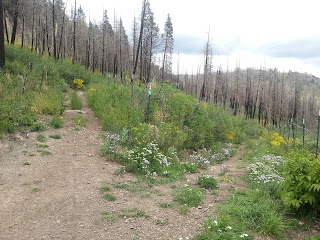 Posted by Clay Moseley at 10:05 PM No comments: Links to this post

Looking ahead to trail work items for this coming season.

Anybody seen the trails lately?  I haven't been up there as much this summer, but I'm sure that with this rain we've had, they're pretty badly "overgrown."  There are also several trees down and logs to be cut and moved.

The soft plants are not a problem, but the aspen shoots are going to be bad.  Further, we still have a few areas where the fire actually burned the ground (consisting of organic materials) and subsequent erosion resulted in a pretty significant loss of trail.

I plan on going over a maintenance/rehab plan with the Espanola Ranger District.  Hopefully, we will be able to do a little more mechanized trail reconstruction, but that is not for sure at this point.

At any rate, we will need to plan on doing some tree cutting and aspen shoot/brush clearing to get the trails in shape this fall.  Personally, I won't be planning on doing any "heavy" work until October, but might find some opportunities to go cut some aspen shoots.

We now have an "official" club-owned brush cutter that works like a weed-eater, but has a pretty serious blade on it that can cut up to about a 2" tree stalk.  If anyone is handy with that and wants to get a jump on things, we can meet to get it up and running.  I've used my own personal one for a few years now, and it can clear those aspen/locust shoots about 100 times faster than the hand loppers that we've all killed our backs while using over the years.

Over the next several weeks, I'll try to get some things organized for our annual fall work parties.  I'll also try to get a list of things we will need to do to get prepared for the season.

For sure, we have:

1. cut & clear the aspen/locusts
2. string up the ~1,500 meters of shade fencing
3. clear the downed trees from the trails

Those are the three primary things that we must get done.  Cutting the downed trees is not so much of a problem for the club, but the aspen shoots and fence hanging always take a lot more time and effort than we all realize.  We don't have to get it all accomplished all at once.  The fencing can be the last thing we do, sometime in November.

Hope you've all had fun, healthy and active summers.  Looks like we might be in for a somewhat improved winter.  Usually, if there is more active rains in the summer, then the winters are better...we'll see!

-Clay
Posted by Dinka at 10:57 AM No comments: Links to this post